Aromas of pear, almond and white flowers greet us on the nose. The palate is rich with citrus, papaya and ripe exotic fruits. There is a touch of mango and tangerine zest alongside a stony minerality. An impressive concentration with a firm acid backbone give the wine perfect balance. 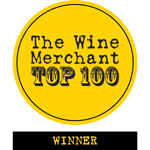