Our very own Simone Williams has put together what has been happening in the key wine making regions of the Northern Hemisphere for the 2019 harvest. 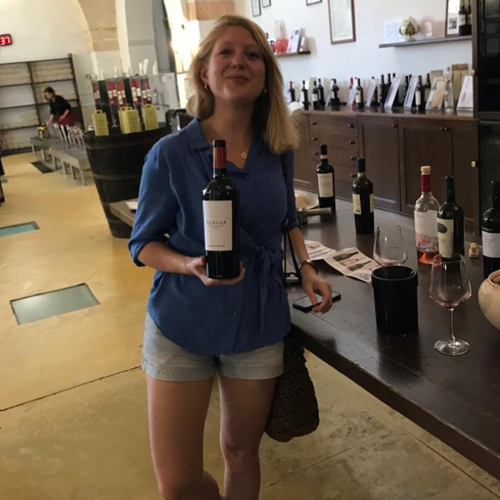 According to the International Organisation of Vine and Wine (OIV) global wine production was 'back to average’ this year at 263 million hectolitres (mhl) down from the bumper 294mhl output in 2018. France and Italy, the two largest producers in the EU, recorded 15% falls in production while Spain suffered a 24% drop, with all three countries below their five-year average. The OIV said the drop across the three countries, which combined account for 80% of the total EU output, could be explained by “aleatory weather conditions, notably a very cold and rainy spring followed by an extremely hot and dry summer”. Portugal, it said, was the only EU country with a wine production higher than last year, with Germany, Austria, Romania and Hungary all showing production levels in line, or above, their last five-year average.

We can be in no doubt of the ongoing effects of climate change on wine production. The extreme weather patterns experienced by France and California in particular this year are testament to the fact. The trend of ‘hotter summers’ is ongoing, with almost every year setting a new record. While this creates opportunity for borderline regions such as East Sussex in England, it forces our winemakers from warmer climates to behave more reactively in the vineyard to ensure stable and balanced juice in the winery.

Bordeaux farmers have experienced temperatures 1.5°C above the average of the past 30 years, the summer months saw several heat waves, with the highest temperatures recorded in Mérignac on 23 July, with 41.1°C. Rainfall overall was 54% lower than the average from 1981-2000 and 21% lower than the average over the last 30 years. Thankfully, the hot, dry conditions have meant less disease pressure. The 2019 vintage is characterised by high sugar content mixed with high acidities, lots of tannins and good deep colours. Overall, another excellent vintage for Bordeaux, with serious potential in the bottle.

However, this may not be enough to expel the worries of wider economic concerns: the Bordeaux harvest was carried out in the midst of Trump rolling out 25% tariffs for most European wines under 14% alcohol, this came alongside the continued uncertainty of Brexit and the protests in Hong Kong, which have influenced a 26% drop in the value of wine imports in the first six months of 2019 alone, according to HK government figures.

2019 was a very challenging vintage for Loire producers. Once again, spring frosts wreaked havoc in some appellations – notably Muscadet and some areas of the Anjou – with the worst hit vineyards losing almost everything. The summer brought episodes of intense heat, which subjected the vines to hydric stress and in many cases resulted in a 10% to 15% loss in potential volume. This meant that in most appellations, the harvest started about a week to 10 days later than in 2018. Despite the loss in volume, our producers have reported excellent concentration and wines are perfectly balanced with delicious and elegant fruit density supported with classic Loire freshness.

Burgundy and Beaujolais received the worst of 2019’s erratic weather, with an estimated 26% decline in volume for these appellations. Spells of frost in the spring, drought, and several hailstorms made for a busy year in the vineyards. Inter Beaujolais vice president David Ratignier said ‘There is no middle ground anymore. Never just one storm or only rain. We had three major hailstorms on 18 August plus one or two smaller ones and plenty of rain. The heat is extreme. We had temperatures of over 40 degrees this summer. And drought this year and last year. That’s not what you would call normal weather.’

Beaujolais Villages producer, Domaine Berrod has confirmed, “The harvest began on September 6 and ended on September 20, the sun shone throughout the harvest period. The quality of the grapes in 2019 is excellent, it was another hot summer with very little rain in August. A small but perfectly formed vintage.”

Bernard Defaix in Rully and Chablis reports, “The quality is beautiful: a perfect sanitary state; a great percentage of alcohol with also a great level of acidity which gives an excellent balance for the whites as for the reds.” However, the drought has caused a substantial loss in this year’s yield which may affect pricing for 2020.

Heat waves and drought also affected yields in southern France. The viticulturists we work with to make Pierre et Papa have reported positive results, despite reduced quantities: the climatic conditions ensured a very good quality of the grapes. The first grapes were picked in the last week of August, white grapes were harvested early and have retained a good level of acidity despite the heat. The reds required a little more attention during winemaking due to the relatively high level of potential alcohol.

Provence has produced small harvests in 2017 & 2019 which restricted their potential in the UK market. Due to another varied yield in 2019 the CIVP has agreed to an increase in the annual yield (Côtes de Provence: 58hl/ha+ 3hl/ha, Coteaux Varois en Provence et Coteaux d’Aix- en-Provence: 60hl/ha) in order to reach a normal, high-quality yield – a move the CIVP said would allow the region’s producers to better meet demand in 2020.

A warm, dry year with fine weather for almost the entire harvest period for most Spanish wine regions resulted in high quality for the 2019 harvest. However, low rainfall throughout the growing season and some adverse spring weather during the flowering period kept yields at a modest level. Spanish authorities estimate that the total figure for the latest crop will be around 38 million hectolitres (wine and must), a significantly lower figure than the 2018 vintage which reached around 50 million hectolitres. Spain’s average harvest is currently 43 million hectolitres.

DO Rias Baixas makes up 55% of the total production in Galicia. The harvest experienced at Pazo Senorans and Bodegas Gallegas was calm throughout the growing period. The vines were healthy with less rainfall in August and September than previous years. Grape clusters were small with good concentration and rich aromatics. Overall, yields in Rias Baixas are down 17% compared with 2018.

Britain's thirst for Albariño wines from Galicia, continues to grow with Rías Baixas DO wine exports to the UK jumping by 21% in volume and 23.5% in value in the last year. This rise has fuelled interest in other Galician white wines from the region’s sub-areas of Ribeiro, Monterrei and Valdeorras as well as red and white wines from Ribeira Sacra.

The Consejo Regulador de Rioja has declared 2019 as ‘The Vintage’ with yields down in the region but of very high quality. At Bodegas Manzanos in Rioja Oriental the 2019 crop was 25% lower than last year due to notably less vigour in the vineyard. The crop was characterised by smaller, more concentrated grapes, with higher potential alcohol. Winemaker Borja Ripa notes that it was a dry year which assured better health in the vineyard and with less disease stress compared with previous years. “Small berries, better health, concentration in wines, moderately higher alcohol grade are features that will define the 2019 vintage and that will give high quality reds and whites.”

Italy experienced a cold and very wet start to the growing season, which lasted well into May. This delayed flowering and fruit set, and consequently harvest by up to 2 weeks in places. Summer came with increasing heat, which became unbearable for only a short week in mid-July when in Veneto temperatures surpassed 40 °C, Marche experienced three heat waves, one for each summer month. Thankfully, rain arrived at the end of July before stress caused irretrievable damage. Hail affected parts of the north but, overall, producers are happy with the quality of the grapes produced in 2019. So far, estimates are of a lower yield compared with last year.

Many Piedmontese winemakers have defined the 2019 harvest as exceptional, with the President of the Consorzio Barbera d’Asti e Vini del Monferrato describing it as a “classic and traditional” vintage.

A cold and rainy spring delayed the growth cycle by 10 days, allowing growers a longer harvest compared with previous years. From June until September the weather was hot with clear skies, with the exception of a single, violent hailstorm in August with caused some producers up to 30% loss of yield. The summer weather was fundamental in ensuring a phenolic maturation of the grapes. The 2019 vintage is characterised by rich structured wines, with good balance and acidity.

In the heart of Chianti, Riecine has reported 2019 as the best harvest they’ve ever seen. Typical Mediterranean summer, with optimal rainfall that helped the grapes reaching a perfect level of ripening. A very cold and wet April and May delayed the vines cycle: flowering and veraison were set back by almost 2 weeks pushing harvest into the early days of October. The cold temperatures were advantageous for picking and grapes were healthy with plenty of concentration. In their words, “2019 will be a vintage to remember!”

It was a dry, cold start to the year in Sicily, followed by rainy cold weather in May and June which affected flowering and fruit set. This has led to a 30% reduction in production, mostly affecting native white varieties, Zibibbo and Grillo. Fortunately the summer conditions were ideal for ripening with mild, constant temperatures and no signs of mildew. Cantine Rallo, based in Marsala, reported the best vintage in 10 years with the harvest starting 10 days later than 2018 due to the cold weather at the start of the year. This delay was positive as vines were able to accumulate aromatics and we expect very fragrant wines.

Portugal is the only EU country in which wine production increased in 2019 (+ 10% / 2018) and above its five-year average (+ 4%) according to the International Organization of Vine and Wine (OIV).

Douro suffered less from the heat wave than many other European wine regions, outside Portugal. It did however receive little rainfall and thus grapes within the Douro region are a little smaller than normal. This however also resulted into a greater concentration within the grapes. Throughout Douro an increase in yield at around 30% compared to last year and 16% above the 5-year average is noted. The main problem for the region is a shortage of labourers for the harvest. Many young people have left and therefor a smaller labour pool is available, to harvest an increasing amount of grapes.

After hailing 2018 as an exceptional vintage, we’re delighted to report 2019 delivered another great vintage for our English producers. At Oxney, yields are on average 2 tonnes/acre, a good result for an English organic vineyard. The season went well - no late frost and very good flowering kicked the season off to a good start. The challenging weather at the end of the summer and early autumn meant that they picked later this year than previous years - two weeks later than 2018 in some parcels.  Owner Kristin Syltevik said, “The quality we achieved was very good and we believe that 2019 will be another high quality year.”

The USA accounts for about 12% of northern hemisphere total production. 2019 shows a small decline of 1% in comparison with 2018 with exceptional quality reported at Paul Hobbs & Cartlidge & Brown.

Strong wines and low humidity caused one of the largest recorded wildfires in Sonoma County, California in late October. The Kincade Fire destroyed 31,468 ha by November 6th. People were evacuated from their homes and large areas were left without power for days, including Paul Hobb’s winery near the Sonoma Coast. Fortunately, no one was injured as firefighters worked around the clock to reduce the potential devastation. At this point the harvest had been completed so there is no damage to the quality of wine produced in California.