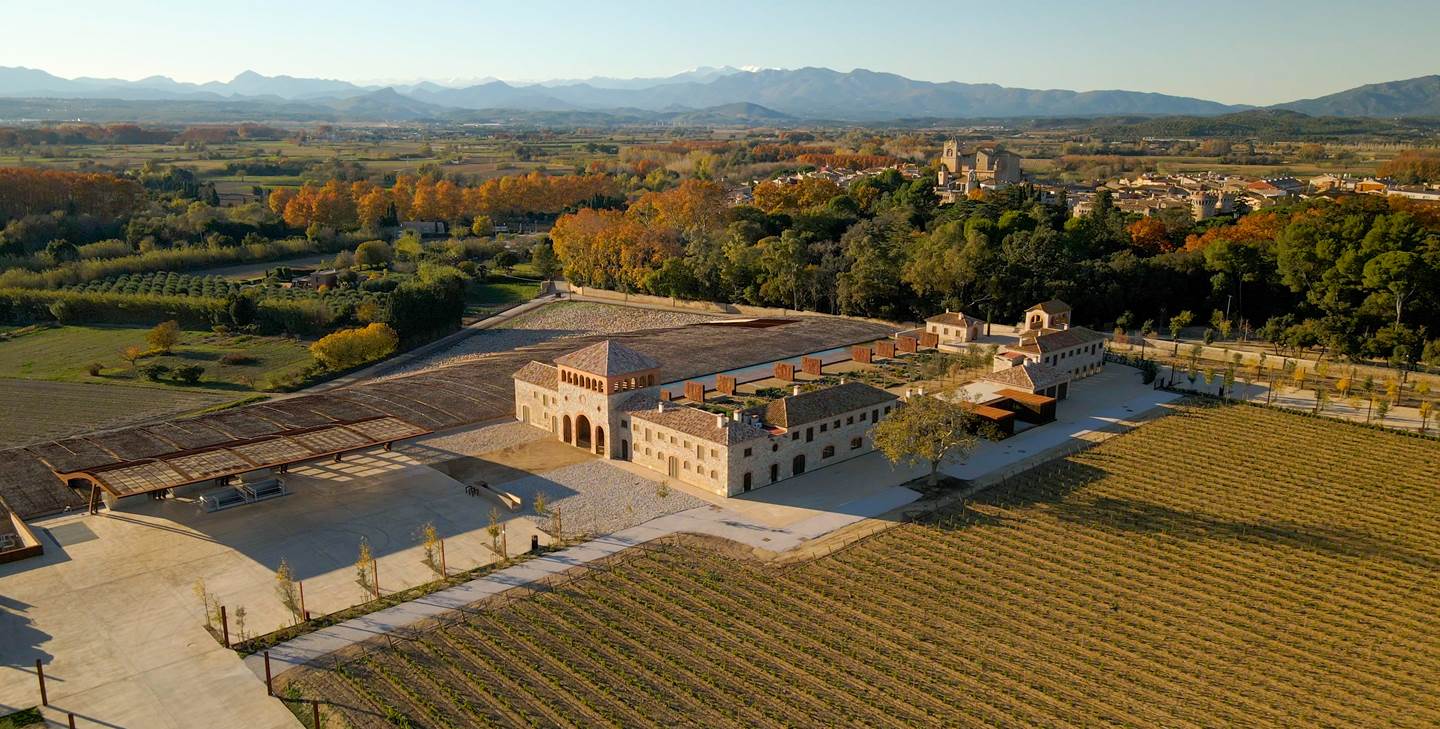 “The new winery designed together with RCR is a new chapter in the history of the Empordà, a land that our family has been committed to for three generations and where wines have been crafted since the Middle Ages. Perelada’s new winery is a legacy for generations to come. I think it’s one of the most exciting projects in European wine in the last decade and it embodies our company's founding passion for making great wines, as well as our commitment to evolve through experimentation and innovation.”
- Javier Suqué, president of Perelada

Perelada are one of the most prestigious and highly regarded wine and Cava producers in Catalunya. This family-owned Estate was built upon a winemaking tradition that stretches back centuries, with a commitment to producing exceptional still wine in DO Empordà, as well as award winning Cavas from vineyards in and around Vilafranca del Penedés. A year away from its 100th anniversary, the historic brand is now celebrating the culmination of its winemaking, their unique location and cultural legacy of a family with deep roots in the region.

The new Perelada winery is not only unique in its architecture but also a pioneer in its sustainability credentials, as the first winery in Europe to earn LEED® Gold certification for high standards of energy eco-efficiency in its construction, operation and maintenance. The commitment of an entire family with ties to Peralada that spans a century has gone into creating a unique project in an exceptional setting. The landscape provides the backbones of the architectural design by Pritzker-winners RCR Arquitectes, a trailblazer in environmental design, seamlessly blending the winery into its surroundings in an eco-friendly way with minimal impact on the environment.

Promoting wine culture connected to the landscape is another cornerstone on which the new winery is built, making it a highly attractive destination for wine tourism, with a focus on tastings, exclusive visits and a range of leisure activities. The winery features different spaces where guests can fully immerse themselves in the technical and emotional process of winemaking as they follow the process step by step.

“With the new winery we wanted to create a unique building with an architecture based on a solid, global design that seeks to connect the exterior and interior. The landscape itself called for and embraced this design that ensures nature and programme are in harmony. This place deserved a silent, timeless building with as little impact as possible. We believe that the unique concept and image of the new Perelada winery are the emblem of both the environment and its wines”. Rafael Aranda, architect at RCR Arquitectes

1923 - Damià Mateu buys Peralada Castle and immediately decides to bring back its winemaking tradition, which can be traced back to the 14th century and the Carmelite friars at the neighbouring Carme Monastery.

1950 - Planting of the vineyards on the La Garriga estate began. This is where the oldest vines in Perelada are found today (over 70-year-old Garnacha and Carignan varieties).

1953 - Peralada is commissioned to craft a sparkling wine for a visit from the US President Dwight D. Eisenhower. The wine was a huge success and marked the beginning of the winery’s commitment to this type of wine.

The 1960s - Miguel Mateu and Arturo Suqué lead the transformation and internationalisation of Perelada wines, which quickly became one of the most prestigious in the country.

1967 - The three gold medals won at the V Sélection Mondiale des Vins, Alcool et Liqueurs in Paris mark one of the turning points in the winery’s history.

1979 - The acquisition of a winery in Vilafranca del Penedès, in the Cava DO, gives Perelada the opportunity to expand its production capacity and become one of the leading producers of cava.

The 1990s - Javier Suqué Mateu takes the helm of the business and spearheads the expansion and modernisation of Perelada wines and cavas.

1991 - Purchase of the Pont de Molins estate, where the winery produces its Gran Claustro Tinto.

1996 - Planting begins on Finca Malaveïna, the estate which will eventually produce the wine of the same name, one of the winery’s most emblematic vintages.