Growing up in Libourne, it was inevitable that Olivier Cazenave was to fall in love with the world of wine, but it’s his revolutionary approach to winemaking and desire to break the rules that sets him apart.

Having worked in export sales for a number of negociants, in 1998 he became co-founder and the buyer at ChateauOnline, one of the first e-commerce websites in the wine business. In 2003 he and Anne were married and decided they wanted their own vineyards, as he says: “you would have had to be crazy to buy a property in Bordeaux in 2003” … but that they did. After much searching they discovered a property, whose garden meanders to the bank of the Dordogne, just 5km south of Libourne. At that time the vineyard area totalled 4.5 ha and was planted mainly with Merlot and some old Cabernet Franc. With his father-in-law’s help they bought nearby plots and extended to 8 hectares. The first few years were about slowly replanting and discovering the terroirs and by 2016 all of his vineyards were worked bio-dynamically, with 2019 being the first certified vintage. As well as vineyards in the Bordeaux and Bordeaux Superieur appellation, Olivier co-owns and rents a couple of other plots including a small cuvee ‘Aux Plantes’ St Emilion Grand Cru … His first vintage, 2011, was awarded by Revue des Vins de France “The best new talent for wines less than 20€” and also ranked second amongst all St Emilion Grand Crus. However, his irrepressible and somewhat “revolutionary” approach to winemaking and love of breaking the rules, had to find an outlet in such a traditional region, hence the creation of Bel a Ciao ... here his imagination can play and develop wines such as the exciting Semillon, Sauvignon Blanc orange wine, which by 2021 will be organic.

Harvested by hand from a biodynamically cultivated vineyard since 2019.

After a pre sorting in the vineyard, the grapes are destemmed and free run juice vinified in stainless steel vat with indigenous yeasts at a temperature of between 28-30°C. Maceration takes place over a period of 2 to 4 weeks, then the wine is aged for 18 months in casks and barrels, 30% of which are new oak, as well as a percentage that is aged in clay amphora.

A surprisingly good aperitif, this works so well with pinchos, Mangalica ham and Catalonian olives. 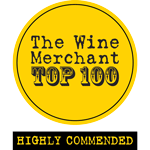